The New Year’s resolutions Trap. New Year’s resolutions are an extremely popular pursuit in December and January. Putting these resolutions into practice however is something quite different. Research has shown that roughly 80% of those who commit to work out more, to quit smoking, to have more quality time,… give up on their plans after just a few weeks.

Today is 20th January. What’s the current status of your resolutions?

When we fail at our resolutions… we start to distrust ourselves. 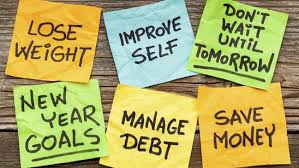 Let’s take “I’m going to work out more” as an example. Nice, but this particular resolution is so vague, that your chances at success are slim to none.

Fair enough, let’s rephrase: “I’m going to regularly work out, starting from January first”. Much better already, but it’s still nothing but a thought.

What you really should do, is opening your agenda and literally planning when, how long and with whom you’re going to exercise. And then: stick to it.

Although changing your old ways will still prove to be extremely difficult, you’ll definitely have more success if you start with truly reflecting on the practical details. Luckily, there are more guidelines that help you following through with your plans:

We’re curious to hear from you within 2 months and see how many new year’s resolutions stood the test. And if you remember them all together :).